Well, well, well. Bless their little monopolistic hearts, facebook has just blown up Vine with video for instagram. And as much as I want to say it sucks… I can’t.

I am still a huge fan of looping and think it is what makes Vine so cool when used correctly, so I am not sure not including it was wise. But I am not sure if Vine will survive this. On the other hand, Vine is the new frontier and the younguns’ are getting sick of the facebook clutter.

What are your thoughts? 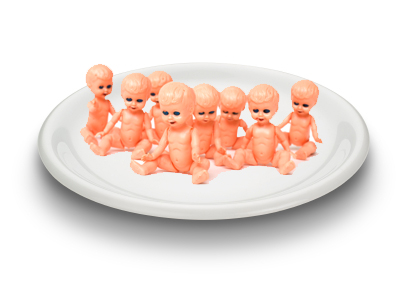 Check out my post at 50-something mom blogs about the California octuplets.

Do you want soap with that?

Seems there is a new trend of bathing in the dishwashing sink at fast food restaurants these days. This week a group of girls bathed in the sink (in bikinis) at a KFC in Anderson, California. They of course posted the pics on MySpace because…

they are idiots! When does this generation get that pranking and posting doesn’t work out? Let’s run by some other morons who did this and lost their jobs.

Timothy Tackett, the Burger King employee who did the bathing trick in Ohio back in April. This guy is a trip. Great hair and make-up. Watch this video at least halfway through, it is worth checking out his gloves. My favorite line from him: “I had been looking at the sink for like 2 months and I thought, that’s big enough for me to take a bath in”. (hmmmm, what is that black wirey thing wrapped around my fork?)

Then there is the famous cheerleader, Caitlin Davis who got thrown off the New England Patriots squad for drawing swastikas and penises on a fellow cheerleader and posting the pics on Facebook. (I still don’t get the combo swastika/penis thing).

I once had a client who was all sorts of burnt out on biz and told me the only question she wanted to ask at work was, “Do you want fries with that?” Kind of worrying about what ever happened to her…

Haven’t had enough of me yet? You can also read me at Mid-Century Modern Moms and at 50-Something Moms Blog.

On my nerves in the news

How many of you are sick of the latest over-used sound bites in the news lately? Liz you have already voiced tweeted your distaste for the first one.

Here are the ones that make me the craziest. Feel free to send me others in the comments.

A heartbeat from the presidency (too scary to comment)

The golden parachute (downgraded to silver?)

I’ll get back to ya on that (kill me now)

Consumer confidence (there is none)

Market adjustment (that was one hell of an adjustment)

Derivatives (derivative of what? that is the big question)

Bailout (this is a bad word. we need a new name for this. let’s rebrand this baby. anyone? bueller?)

Maverick (this infers reckless behavior to me)

Joe six-pack (I like my Joe’s with an anatomical six-pack, thanks)

Watching the debates tonight I noticed that there were quite a few people on Twitter playing Palin bingo (I love that idea). They were thrilled when she said Maverick (how many times was that by the way?)

Her winking and dropping of the g on all ing words… not so much.