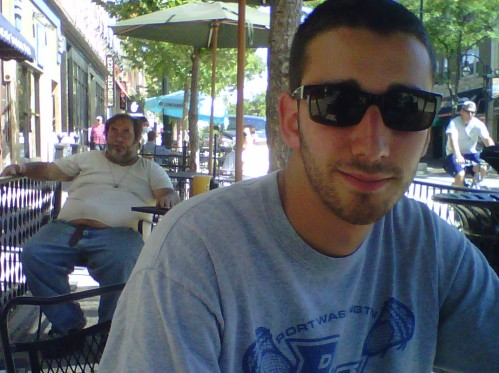 If you have spent time in Madison, Wisconsin you would know Scanner Dan. He is sort of famous. He hangs on State Street, carrying a police scanner. He is a true character. He talks to himself and makes running commentary about the people that pass by. He is known to shout out sorority names as girls pass by, giving his opinion on their affiliation.

While I was in Madison last week, my Dan and I spotted him at an outdoor cafe table. I had to get this picture of Dan Squared.

My kids really are good sports, aren’t they?