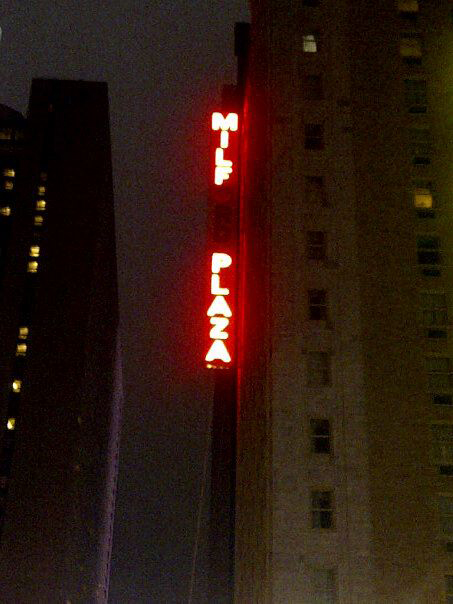 Some of you may be saying to yourselves, ‘Hey, I am a New Yorker, you can’t fool me, that is the Milford Plaza with the o-r-d retouched out.’ (sounds sort of like a Monty Python routine… fish license, anyone). I will say to you all, ‘No, no, no; this baby is for real’. We can thank Mark R. for posting this on facebook and Cathy S. (his lovely wife, and according to him the ‘highest authority’) for validating its authenticity.

When you see stuff like this you can’t help but think that someone at that hotel was having some fun with this. Or could it simply be serendipity that those letters all went out at the same time for the sheer purpose of entertaining the likes of people like my friends and I.

Now I can’t stop singing The Lullaby of Broadway (this commercial ran constantly back in the 90s – check out the talented staff and the price!)