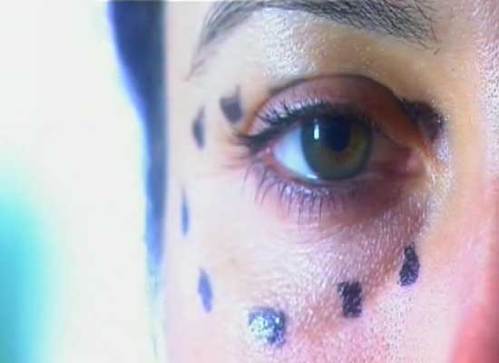 Late last night we were laying in bed watching a little TV. Gary, like most men, is the king of the clicker so I am usually at the mercy of where he lands. We spent some time watching a 1997 Who concert. It was fun, even if Roger Daultry was most definitely wearing a short shirt that I had in 7th grade. During the fundraising promos we got bored and started to channel surf.

There for the taking on WeTV was Cosmetic Surgery from Hell. Yes, that wonderful station that also brings us Bridezillas (a must watch) and High School Confidential (because going through High School once is never enough).  Sorry folks, I could not resist watching.

I am not sure what was more disturbing, the horrifying post-surgical photos or the show’s host. Anyone remember Jocelyn Wildenstein? Quite a resemblance. I have not seen lips like these since she graced the cover of New York Magazine. The voice of this host was surely not gender correct to the body. But I have to admit that the sound bites did not disappoint. These were my two faves:

“If it’s sagging, bagging or wagging, cut the thing off.”

“At first you’re going to look like a piece of raw liver.”

What more can one say about plastic surgery. Those two lines surely cover it all.

As if this show was not enough one that followed? Sex Change Hospital.

Nothing like a little late night TV, but tonight I think I will read.

Haven’t had enough of me yet? You can also read me at Mid-Century Modern Moms and at 50-Something Moms Blog.

4 responses to “Cosmetic Surgery from Hell”