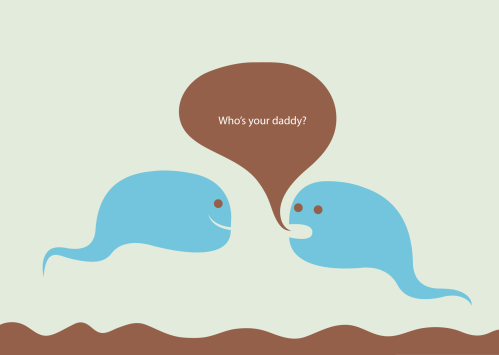 Fox 5 NY ran this story on Monday night. When I googled it I found a hit from WBAL Baltimore from Feb. 2006. Hey Fox, slow news night?

Nonetheless, this is quite a story.

When he discovered the Donor Sibling Registry, he posted a message telling his offspring he is willing to be contacted.

“I’m OK with that. I think it would be neat to hear from them; I have all of these children and they never call. They never send a Father’s Day card,” Aberdeen said.

“It could be thousands; it certainly probably could be hundreds,” Aberdeen hopes for a response “before they put me out to pasture.”