When you are expecting a dead mouse you get a flood 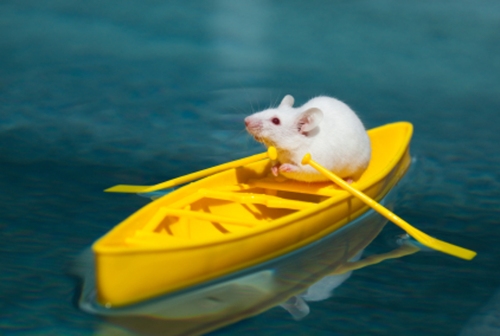 This would be my version of We Plan and G-d Laughs. Simply put, it is never what you expect that is the thing that gets you.

We were fortunate enough to be invited to spend the 3rd and 4th with friends Out East. For those of you not from Long Island, Out East is where you want to be invited whenever you can. The Hamptons, as it is called, include some non-hampton named towns but in general the whole east end of the south fork of our lovely island is sand, sea, hydrangea, hedges heaven. We were just about getting to the gateway to the area when we got a phone message, “Ame, call me, we have ‘a situation’ at the house.”

This did not sound good.

I called back to find out that the hose under the sink had burst and not only did they have a pool in the backyard, they now had one in the basement and the beginning of one on the main floor.

What about the mouse? Don’t get your underwear in a knot, I am getting to the mouse. Sunday night, when leaving the house, a mousetrap was set to catch a little varmint that had been leaving evidence about. With this in mind, a certain member of this clan was a bit hesitant to enter the house alone in fear of finding the dead mouse.

So instead, she found a flood.

Morale of the story: bring hip waders to the beach? Nope, the moral is no matter what you are worried about, you can be sure something completely unrelated is what is going to happen.

But, this group is agile, we still managed to have a fabulous time with plenty of food, drink, and an extra helping of the saviors from the local Servpro. Thanks to my fabulous  experience with them this year, they were the first ones to come to mind. Consider this a plug for one of the most amazing operations out there for flood and fire remediations… 24/7 365!

Ok, so it’s almost Wednesday. Consider this the late edition of Time to Cry. Read on and you will understand why.

Some people find the sound of rushing water soothing. Unless, of course, said rushing occurs…

For those who have not been following, I am in the midst of the never ending office renovation spawned by basement water during the hurricane. I have purged and cleaned to the point of delirium, having reached the final stages of hacking up large office furniture and waiting for the waterproofer for weeks on end.

Enter the great washing machine fail of 2011. Yes, folks, the washer that resides in a neat little laundry closet nestled on the other side of the wall from my desk (the living on the fault line analogy does not escape me at this moment), decided to crap out in a big way yesterday morning. And with its final act of FU upon me, it flooded the OTHER room in the basement that was housing the entire contents of my office.

Have you ever heard of those people that get an adrenaline rush and can lift cars? Well this was my save the files/supplies/artwork, books, whatever the hell else I could not part with version of that feat.

It was triage, I tell you. And I was failing at first. Things like panic set in. You know that emotion that never helps any situation. So there I was with wet feet, water spewing and panicking. Not pretty. After wetvaccing with the cap off, spewing the water back onto the floor while simultaneously trying to bail out the washing machine with a wonton soup container, I was fortunate enough to have my dear friend Karen show up and pretty much snap me back into prioritizing solutions. Karen has been voted the person I will call to help bury the body. I will forgive her for asking this ill-timed question when looking around the room, “THIS is what you classified as purging? You may still want to get rid of some of this stuff… Hoarder!)

A huge I can never, ever, EVER thank you enough as long as I live to Tony and his crew of the happiest, most competent men from ServPro of Great Neck/Port Washington who came in here and saved the day. Seriously, I hope you never need them, but if you ever have water, fire, mold… call these guys before you do anything else. They are the bomb. Tony sat calmly at my table, told me this was ‘really no big deal’, had me sign all the papers while telling me that he would be out by 5 (this was at 3). ‘Um, you and what army?’, I asked.

And then then the doorbell rang and in came the army.

His guys were gentle with my stuff, respectful of my need to stay organized and neat to the point of sweeping, mopping and hauling off every bit of garbage and debris. They were a whirling dervish of organized chaos. I loved when ‘C’ came in and reminded his guys, “Safety first”.

All this done with genuine smiles! Man I love these guys.

Silver lining… now the office is empty and I can paint. Want to help pic colors?