Hard to believe but I am kind of speechless.(I said ‘kind of’).

Sitting here listening to the last speech I will have to hear from John McCain for a long, long time I am in awe of the perseverance of the man I am very proud to call my president. Let me add that McCain was quite gracious while his audience was not. As my friend Gibs just said, he was way more sincere in defeat than he was in debate.

In celebration of this historic event I am posting a part of Jana’s photo essay of the election on campus. 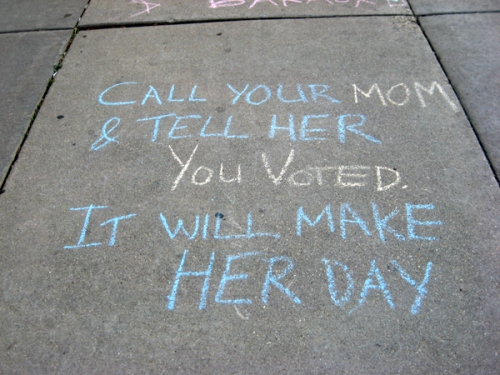 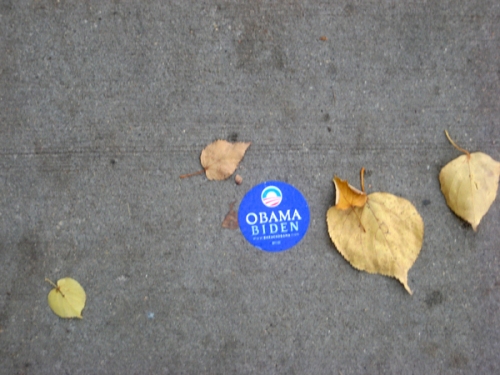 Haven’t had enough of me yet? You can also read me at Mid-Century Modern Moms and at 50-Something Moms Blog where Jana joins in the election bloglove.

One response to “Oh Oh Obama!”